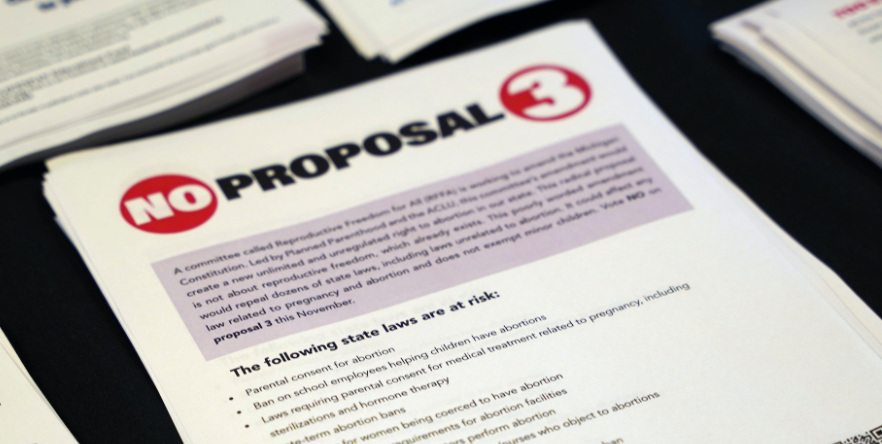 Michael Vacca wrote in the Detroit Catholic on the dangers of radical Proposal 3, a deceptively worded proposed state constitutional amendment in Michigan. If passed, Proposal 3 would make Michigan one of the most radical abortion states in the country.

“I am not exaggerating when I tell you that it is the most radical, evil piece of legislation I have seen in my lifetime. It would legalize the killing of unborn children, which is known as “abortion” or “pregnancy termination,” through all nine months of pregnancy, reinstitute the failed policy approach of decades of abortion policy struck down by the U.S. Supreme Court in its Dobbs decision, annihilate important parental rights over the health and safety of their children, and provide legal immunity for those who use abortion to cover up their legal and moral crimes.“

To read Michael Vacca’s full commentary click on the button below.

Read Translating the indefensible: The moral imperative to defeat Proposal 3