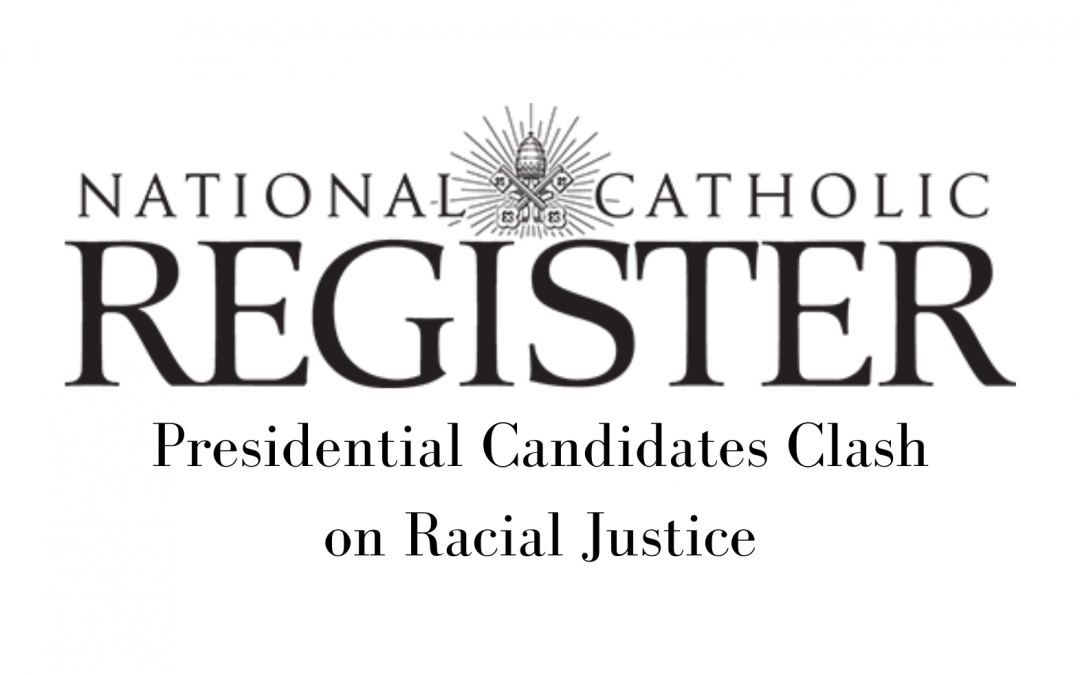 Below is an excerpt from Presidential Candidates Clash on Racial Justice. To read the article in its entirety, please click here.

Those who talk about addressing racism as a systemic problem point out that it is less of an “issue” than it is a widespread, often implicit factor affecting many areas of life.

Still, Catholics like Louis Brown can point to several places to start. In comments to the Register, the executive director of the Catholic advocacy group Christ Medicus Foundation and former Trump appointee to the Department of Health and Human Services highlights two in particular: disparities in criminal justice and health care.

Recent studies support the existence of these systemic problems. For instance, an essay by Lyman Stone published in the conservative online journal Public Discourse extensively considered data on police violence, concluding that “racial bias in police killings is real.” On the topic of health care, Brown notes that communities of color suffer from both disproportionately lower access to quality health care and also face greater rates of “unjust and illegitimate denials of medical care.” The significance of these disparities has been highlighted during the coronavirus pandemic, as Black Americans have died from the virus at a rate twice as high as whites.

He says his organization, along with some partners, is launching a Health Care Civil Rights Task Force to address these issues that “disproportionately effect the materially impoverished and folks with disabilities.”

“We need to bring about justice, but an important aspect of justice is respecting human dignity,” said Brown, who says addressing racial disparities in criminal justice and health care, including higher rates of abortion in the Black community, is part of “advancing the gospel of life.”

Rivers adds another issue: economic inequality. Like disparities in health care, the pandemic has also helped to expose persistent disadvantages in wealth and employment faced by Blacks. African Americans, she says, are hit especially hard due to socioeconomic factors like denser neighborhoods and households, as well as their greater rates of being “essential workers,” unable to work from home and often reliant on public transportation.

“All of these factors are related to socioeconomic status,” said Rivers, who adds that these disparities are due primarily to historic discrimination in housing practices, not cultural patterns among Blacks, the effects of which limit African Americans’ access to education, health care and many other societal benefits.

Brown with Christ Medicus Foundation wrote a September column for First Things critical of the Black Lives Matter Global Network, writing that the group’s “agenda divides people in an arbitrary manner that will, ironically, lead to greater strife especially for black families.”