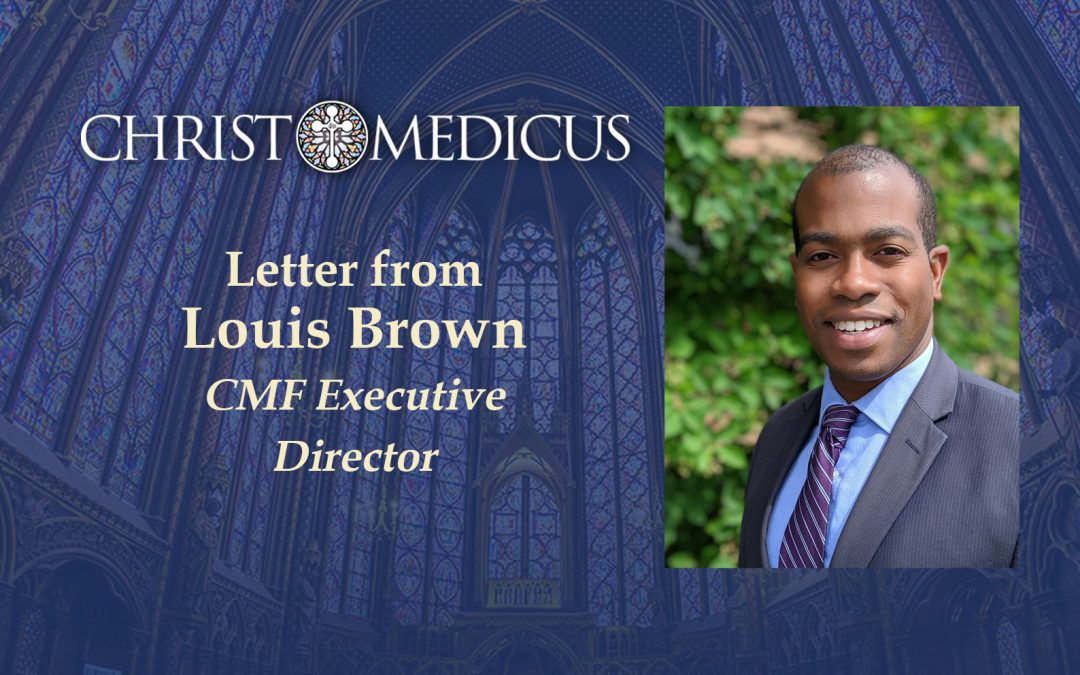 It is a blessing to address the friends, partners, and members of the Christ Medicus Foundation (CMF) Community.  God gave me the gift of serving as the founding director of the health care ministry from its launch in 2014 until 2017.  During my time at CMF and completely through the grace of God, the CMF CURO Ministry bore much fruit.  We grew to include members in nearly all 50 states.  We formed incredible partnerships with various Catholic medical organizations and entities as well as other Catholic institutions, apostolates, and ministries. And, we helped sound a clarion call among the Catholic Church in America to redouble its efforts to protect life, religious freedom, and the right of conscience in health care.

In the summer of 2017, I departed CMF to accept a political appointment to the U.S. Department of Health and Human Services (HHS) in Washington, D.C. At HHS, I had the honor of working to enforce our country’s federal civil rights laws within the Nation’s health care system, including the foundational rights of conscience and religious freedom.  It was an incredible experience to work in healthcare at the highest government level. However, during my time at HHS, I became even more convinced of the urgency of the Catholic health care movement in the United States.  In the providence of God, an opportunity arose to return to the Christ Medicus Foundation, succeeding Mike O’Dea as its next Executive Director, a role I began in mid-March 2019.

I accepted the role as Executive Director in part because Christ-centered Catholic health care faces perhaps its greatest challenge in American history right now.  Various forces in our society are calling for a health care system that would be government controlled, that would radically expand abortion across the health care system, that would limit religious freedom to houses of worship, and that would seriously undermine patient freedom in their health care decisions. Now, in the coming months and over the next two years, all of us at the Christ Medicus Foundation, especially me, need your prayers, your collaboration, and your support. We need your help to mobilize the Catholic health care movement, to defend life and religious freedom, and to work for a person-centered health care system in which human beings are free to receive God’s love in their medical care.  I invite you to join us in this vital mission today!

In Christ through the intercession of the Blessed Mother,