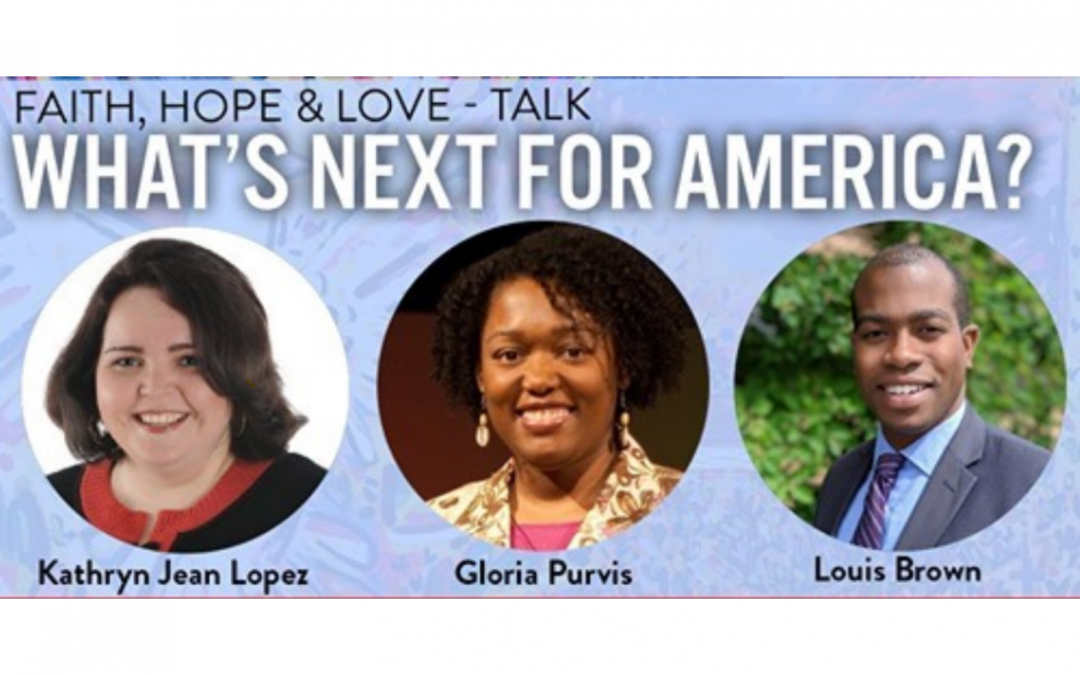 As the United States marks its annual Independence Day, can we, as concerned citizens, as religious believers, as people of goodwill – whomever we are – play a role in a renewal?

Watch a recording of the livestream from the National Review Institute & the Sheen Center:

Catholic News Agency published an article highlighting the conversation: How Catholics can work to ‘expel this demon’ of racism

“Brown said that people must first ‘recover our identity’ as ‘all sons and daughters of God’ who ‘have equal human value.’

‘It boils my blood’ to see an African-American man ‘clearly murdered, and people want to talk about his rap sheet,’ Brown said of efforts to diminish the dignity of a fellow person. ‘Murder is always murder.’

Purvis said that, when the pandemic hit and Americans had to quarantine, she saw the shutdown as an opportunity to make sacrifices for others.

Now, she said, Catholics must make sacrifices to atone for the sin of racism. St. Theresa of Avila would tell sisters who witnessed a fellow nun doing something wrong to practice the opposite virtue, Purvis said.

‘Why are we not doing reparation to God for the sins that we have done to each other?’ she asked. ‘Until we have a conversion of heart, there is not going to be peace among us.’ Catholics can examine their consciences to see where they might have committed sins of racism, take them to the confessional, and ask God to heal them, Purvis said.

Brown gave the example of the pro-life movement, where members pray and fast for an end to abortion even though they might never have had an abortion or participated in one. Catholics can do the same with racism, he said.

Catholics can also make an effort to understand the experiences of others they may not be familiar with. For instance, Brown said, African-American communities have especially suffered from COVID-19. ‘Part of it is that we don’t have access to medical care that we should have,’ he said.

Some other concrete actions Catholics can take to ‘unleash’ the ‘force of love,’ he said, is to set up communal forums at their parish for better understanding between communities and healing. If someone has an issue with their local police department, he said, ‘be engaged.'”