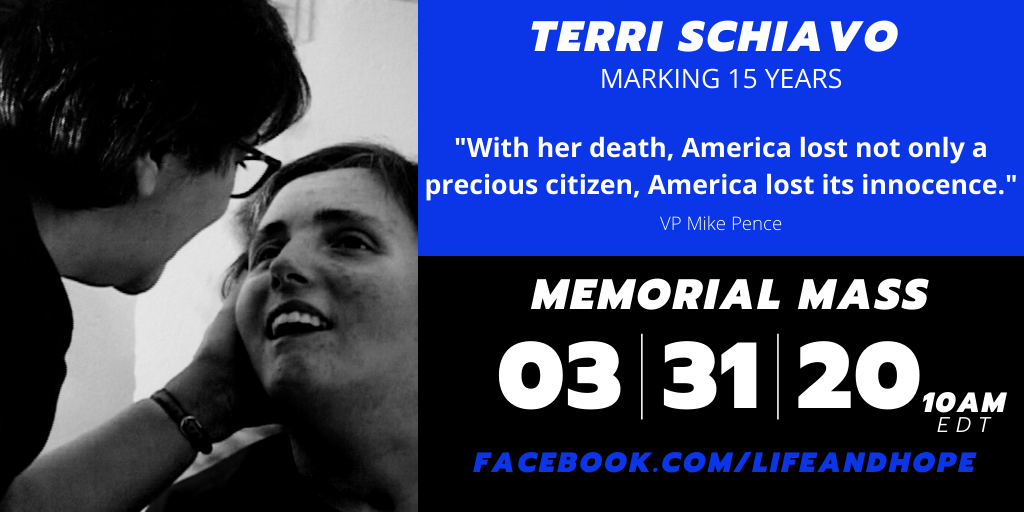 In 2005, a healthy, 26-year-old Terri Schiavo inexplicably collapsed while at home alone with her husband, Michael Schiavo. As a result of the collapse, Terri experienced cardiac arrest and loss of oxygen to the brain which led her to becoming severely brain injured. Her husband, Michael, became her legal guardian. Though she was not dying nor suffered from any life-threatening disease, Michael lost interest in caring for his now brain-dead wife.

The Grim Reality Of Court-Ordered Death In The United States

Terri was alert and interacted with her friends and family despite her brain injury. However, her condition led her husband to outsource her care to nursing homes, eventually convincing the courts to deliberately deprive her of food and water in order to expedite her death. Terri’s parents and siblings petitioned against this action, pleading to transfer Terri into their care, only to be met with Michael’s testimony that Terri had disclosed to him that she would not have wanted to live in a brain injured condition.

The courts ruled in Michael’s favor, honoring his request and 13 days later on March 31, 2005, Terri died of dehydration.

After her death, Terri’s parents and siblings—backed by hundreds of thousands of supporters—created the Terri Schiavo Life & Hope network to provide love and to support medically vulnerable persons at risk. Her memory now hails the banner cry of the right-to-life movement, especially those fighting against court-ruled deaths.

The Terri Schiavo Life & Hope Network provides invaluable resources to families facing scrutiny from physicians, institutions, insurance companies, and courts who undermine patient freedom. This amazing organization upholds the human dignity of the medically vulnerable by fighting to uphold the basic right to food and water, the presumption of the will to live, due process against denial of care, protection from euthanasia as a form of medicine, and access to rehabilitative care—as well as through 24/7 Crisis Lifeline service to at-risk patients and families.

Supporting The Vulnerable In Health Care

The question we face—still 15 years after Terri’s death—revolves around the government’s role in life and death matters: Should the government and the courts be the determining factor in whether a person lives or dies? From abortion to euthanasia, these questions still plague our country today.

Together with organizations like Catholic Healthcare International and the Terri Schiavo Hope & Life Network, the Christ Medius Foundation calls for a person centered—health care system in the United States. Many are calling for health care that would undermine patient freedom and control of their medical care, limit religious liberty, and radically expand abortion and euthanasia. But we believe that now more than ever, Catholic medical professionals and vulnerable populations need our support. At the forefront of this collaboration is the St. Padre Pio Casa model to the United Sates.

The Catholic Call for Dignity in Health Care

As Catholics, we are called to fight the battle against death and share our love and life in Christ in a society and culture that challenges us each day. In Caritas in Veritate, Pope Benedict XVI highlights these confusing times in which we live; a time when the culture actively blurs the lines between human dignity and human rights. He states there that:

”The Church forcefully maintains this link between life ethics and social ethics, fully aware that ‘a society lacks solid foundations when, on the one hand, it asserts values such as the dignity of the person, justice and peace, but then, on the other hand, radically acts to the contrary by allowing or tolerating a variety of ways in which human life is devalued and violated, especially where it is weak or marginalized.'”

Our challenge as Catholics is to petition the secular world, especially our country’s leaders, to acknowledge that every human life deserves dignity, care, and compassion regardless of their societal circumstance. Our human suffering does not invoke death, rather it allows us to grow closer with Christ. “Every pain we endure with love, every cross borne with resignation, benefits every man, woman, and child in the Mystical Body of Christ.”

“The will of the people was not for the government to intervene in end-of-life decisions…When [Sen.] Trent Lott and [Senate Majority Leader] Bill Frist are on the floor diagnosing her, not having ever looked at her as a patient, I think America said, ‘Enough is enough.’”